Bored Ape Yacht Club is well aware that the improvements are to be made to its plague filled landsale earlier this month. The outcome is worthy of a case study in any college business class looking to analyze economies of scale. How high can the price go before the demand crashes? Before we answer this, understand this major plot twist; the bigger the demand the bigger the gas fees (gas fees are pretty much similar to a transfer fee.)

Entering the market StreetHeat is looking to be a solution. What is being advertised is that StreetHeat’s collection will use the beloved 10,000 unique NFT pieces roll out with what may be unprecedented Whitelisting privileges through their token STHT. The experienced company  looks to fix a lot of the issues BAYC ignored by just getting informed.

A major Key to StreetHeat’s collection is that they will be minting with Polygon Network of NFTs and also with their token. This adjustment allows for the legendary entertainment crew to avoid unnecessary and inexcusable fees to the consumer and their community. StreetHeat has made headlines recently throwing a huge Web3 Party with a bevy of Multi Platinum and award winning artists. This event took place at the infamous Quad Studio in celebration of their entrance into the burgeoning space with Partner BloxX Financial.

Examine the project further, Here are some quick points to highlight exactly how StreetHeat attempts making this possible:

– StreetHeat’s token “STHT” will allow for Whitelisting for their upcoming NFT collection and exclusive access by holders to some of the top events and access to scenery filled with your favorite musicians. This goes for sale May 30th, Memorial day in the US, on DeX’s BloxXwop and QuickSwap immediately. 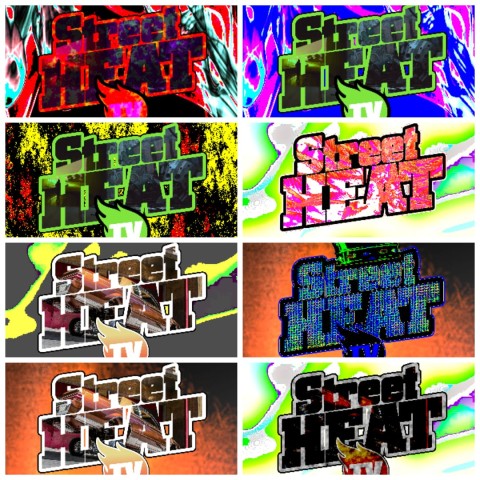 – StreetHeat’s Partnership with iNTRO will lead it to have a 10,000 piece collection released in “Seasons” and build its own matching land in its Metaverse. The NFT collection + city will be released ONLY 1000 pieces at a time. This makes it ‘ultra rare’. Expect celebrity neighbors to join and “move in.” Even more unique, the NFT collection will feature some of the most exclusive moments in Hip Hop History captured by the legendary Group. Its launch which will coincide with the release of the FIRST ever reality series  on World Star Hip Hip (WSHH) with its over 25 Million subscribers on June 11th.

– StreetHeat will be rolling out exclusive events with some of Entertainments most established stars and hot risers in the space. Their events will be open to whomever holds significant STHT tokens as well as holders of their NFT collection. With that you can expect this to open up to the crypto and global “cool kids” club as well as they are the new up and comers on the block.

When asked for an official response  of what’s to come, The braintrust of STHT Will C and Tana  offered this statement:

“In the case of the Bored Aped Yacht Club, the fees went upwards of 2x for an equivalent amount spent. So paying the amount of 2-3 parcels of land to only receive one…sounds backwards a bit, we know. In most cases, people have no choice. The ETHEREUM network is the most popular network for NFTs and 2nd biggest for crypto in general behind BTC.The simplest way to look at this is the busier the network gets, the higher the fees are. We’ve been around for more than 20 years and understand the quality needed for large scale production. While deciding how we were going to enter the space, We looked at the opportunity as a no brainer to connect the fans, community, art, and culture. We further examined in making the right partnerships and truly understanding what technology was right For the people.” As our Journey starts StreetHeat is excited to learn more about the space while  being a major contributor towards some of the best future moments for this industry.” With partnerships from WorldStarHipHop, BloxX Financial, Jiu Jiu Vodka, iNTROVERSE and the support of some biggest musicians and content creators in the space… We believe this is an authentic humble beginning to a larger generational shift that we intend to be part of.”

For now with their track record, It seems StreetHeat has stumbled upon an area of improvement. This is not investment advice, but it may be worthwhile to take a look.